I am a Senior Lecturer in the archaeological computing research group. I am interested in all aspects of multidisciplinary research practice, with a particular emphasis on interactions between cultural heritage and computation. My work is particularly concerned with the development and implementation of digital data capture techniques and multimedia resources for archaeology, including the uses of computer graphics, virtual reality and other techniques for the interpretation of archaeological sites and for providing access to dispersed data. I am chair of the Digital Economy University Strategic Research Group (USRG). My research is currently funded by grants from the AHRC, British Academy, EPSRC, JISC and University of Southampton.

I am focused on inter- and multi-disciplinary research methods and their impact on academic practice. These are loosely structured around University-wide interests in interdisciplinary digital practice, at a more local level in the digital humanities and cultural heritage computing, and within the department of archaeology on archaeological computing. These three areas interact and I enjoy working across disciplines and indeed institutions.

University:
At the University level I chair the Digital Economy University Strategic Research Group. This acts as a focus for research at Southampton within the range of the RCUK Digital Economy Theme and more broadly in the digital economy per se. I have been involved in several research projects associated with the DE USRG, most recently the Social Media in Supporting Live Events (SMiLE) project. Within the DE USRG I have also been managing a project to explore the possibilities for linked data syndication of project and other research information with partners such as arts-humanities.net, as part of the development of a blogging infrastructure for use across the University. The DE USRG has also enabled me to further my interests in open publication of research data and outputs, including contributions to the recent Changing Publication Cultures in the Humanities ESF manifesto.

I sit on the Web Science Doctoral Training Centre Steering Group. I also supervise a PhD in the WS DTC and Faculty of Humanities being undertaken by Terhi Nurmikko, focused on web science and cuneiform studies. This is co-supervised by Nick Gibbins in ECS and Jacob Dahl at the Faculty of Oriental Studies (Oxford). I co-supervised (with Kirk Martinez in ECS) Dr Leif Isaksen’s PhD – the first Web Science PhD to be awarded at the University of Southampton.

I am also a co-investigator on the JISC DataPool project. This project is developing cross-institution policy, training and infrastructure for managing and disseminating research data. I am also co-investigator on the RCUK DE PATINA project. This is exploring means of blending digital and physical forms of research practice, with implications for all academic practice. I am also co-investigator on a University Student Centeredness project which is developing means for disabled students to access fieldwork research projects using digital means. Case studies are currently drawn from geology, geography and archaeology but will be extended to support all fieldwork-intensive teaching activities. Finally, I am assisting on some other interest projects exploring interdisciplinary research practice and digital tools. These include the Smart Spaces project, via my involvement in e-Research South.

At a general level I have an interest in high performance computing applications and am a member of the Computational Modelling Group. Some of my interests in supercomputing and graphics were featured on a BBC broadcast and my team’s work at Catalhoyuk and Herculaneum was showcased at the Supercomputing 2010 and Supercomputing 2011 conferences. We are currently exploring supercomputing methods for physically accurate rendering.

Alongside visualisation I also have a growing interest in alternative modalities. In terms of acoustic rendering I am supervising Catriona Cooper’s PhD which will combine visualisation with auralisation of medieval environments. She has been supported in this by colleagues in ISVR and Music. Catriona and I are both involved in the AHRC Ways of Seeing the English Domestic Interior, 1500-1700 network that is employing digital technologies to examine medieval lived experience. In terms of haptic technologies I co-ordinated with Simon Coles (chemistry) part of the Create Your Campus project using multi-touch devices for education. This is one of several research interests in the area of digital pedagogy. I am involved with CITE and the JISC RedFeather project which is producing lightweight OER publication tools.

Digital Humanities:
Within the Faculty of Humanities I direct the sotonDH digital humanities hub. This brings together researchers from across the University with an interest in digital humanities. I have been involved in a number of digital humanities projects recently, with one prominent example being the AHRC Digital Equipment and Database Enhancement for Impact funded RTISAD project. This brought together researchers in computer science, archaeology, ancient documents, and imaging to develop and critique Reflectance Transformation Imaging in cultural heritage. More recently I have been involved in projects to explore the possibilities for 3d printing as a means to assist in humanities research, including a recent collaboration with artist and lecturer Ian Dawson.

I am co-convenor of the Curriculum Innovation Programme module on Digital Humanities. This draws heavily on sotonDH research activities. My involvement with the sotonDH hub has been supported by a range of institutional funding including a recent EPSRC Pathway to Impact award, and funding from the Student Centeredness budget for creating a Distributed Digital Humanities Laboratory. This is drawing together researchers and students from across the University into a set of shared digital and physical spaces.

My core archaeological research interest has always been in the capture and representation of three-dimensional computer representations of the past and of artefacts. My current computer graphic interests include supervision of Gareth Beale’s AHRC CDA PhD examining physical rendering and Roman statuary at Herculaneum, Konstantinos Papadopoulos’ PhD on the representation and simulation of three-dimensionality in archaeological fieldwork, and of Elizabeth De Gaetano’s PhD on the simulation of Roman Puteoli on the Bay of Naples. I am also advisor on Matthew Harrison’s AHRC funded PhD (supervised by Alison Gascoigne) which is exploring procedural modelling and other tools for analysing medieval Cairo. I have co-ordinated a series of computer graphic projects, all involving Grant Cox who is a 3d graphic artist in the ACRG. Grant is employed on the AHRC Portus Project which I co-direct. This touches on all of my research interests – survey and recording, simulation, dissemination, data archiving and so on and has provide a unique opportunity for longitudinal study of the use of these kinds of technology on a large-scale archaeological project.

I was an archaeological field surveyor for many years, using geophysical and other surveying tools. Now my interest lies primarily in building survey and object imaging. I am supervising Eleni Kotoula’s PhD which is examining the role of RTI and graphical tools in conservation imaging. I am also supervising James Miles’ PhD (assisted by Aykut Erkal, Bath) which is using a variety of survey methods as input to structural analysis of simulations of the Winchester Cathedral Close. James and I also work together on the AHRC Parnassus project which is examining flood and wind-driven rain risk to cultural heritage, in the light of climate change. James also acts as the archaeological liaison with the mu-Vis Centre, where we have been working on lots of archaeological CT-imaging, including several Roman coin hoards, human bone, a pump and archaeological sediments. I have also been interested in photographic methods of imaging and much of this involves my research assistant Hembo Pagi. Our group has a series of on-going collaborations centred on photographic imaging tools such as photogrammetry and RTI, with the most recent being a WUN funded project in Western Australia to record rock art and a project at the British Museum to image Hoa Hakananai'a.

Archaeological data management and dissemination is of great interest to me. This was at the heart of my role on the recent JISC IDMB project and I am interested in the possibilities of various digital tools such as Rich Interactive Narratives and projects such as eMob as a means to integrate data and publication. In this area I am supervising Angeliki Chrysanthi’s PhD, with assistance from colleagues in Psychology. This is examining the potential impact of augmented reality on archaeological site management and pathways. I am also supervising Eleonora Gandolfi’s PhD which is interested in the pedagogic value of mobile computing. Finally, I am supervising the RCUK DE funded PhD of Tom Frankland (with Enrico Costanza in ECS). This is examining the role of mobile devices in archaeological field practice, with a particular emphasis on disrupting hierarchies of knowledge.

I worked as a commercial GIS developer in the past and have used GIS tools for representation and analysis for many years. Recently this has included my supervision of Dr Katherine Robbins’ AHRC CDA PhD (with Roger Bland of the British Museum) focused on spatial and other biases in the Portable Antiquities Scheme Database. I have also had an interest in network analysis and network visualisation for a long time. This has been loosely focused around networks in Roman Spain and across the Mediterranean. Most recently this has incorporated the PhD research of Tom Brughmans and involved a collaboration with Microsoft Research. I am also very interested in the possibilities of network visualisation tools, particularly for understanding interdisciplinary collaborative environments.

Further details:
You can follow me on Twitter and Academia, find me on LinkedIn, and also read my contributions to the DE USRG, sotonDH and Archaeological Computing Research Group blogs.

Cybersecurity Research Students and the Digital Economy, 10 years ago

The first of the Web Science debate series of the 2012-13 academic year, 10 years ago

Ian Brown introduces the Web Observatory for #SxSC2, 10 years ago

SMiLE in LSE Impact and Smart Insights blogs, 10 years ago

Digital Literacies at the Good Practice Event, 10 years ago

Southampton hosts RCUK Digital Economy "IT as a Utility" Network+, 11 years ago

Copyright, politics and the creative economy, 11 years ago

Work Futures in the Digital Economy, 11 years ago

Digitalisation not Dematerialisation: The Musical Artefact in the Digital Age, 11 years ago

A FREE event May 18th 2012 from 10am – 4pm in Southampton University Student Union Building, 11 years ago

Workshop on 3D Heritage on the mobile web, 11 years ago 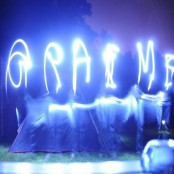